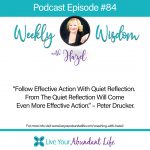 Well here we are in the last few weeks of this year, one I’m sure most people will be pleased to leave behind them. It’s now time to move forward, to think positively and to get ready for a more positive and productive year. Perhaps you might even want to make some changes. I know […] 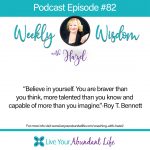 Here we are in the last month of 2021. Most people are happy to think that we can leave the last 18 months behind us and start moving forward in a more positive way. Before you get caught up with the gift buying and planning for Christmas and the New Year, you might want to […] 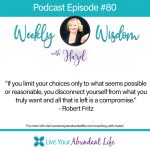 This week in the US, on the 25th, it’s Thanksgiving which is a time for giving gratitude. On that note, I would like to honor and thank you for being a loyal reader of the Weekly Wisdom. I receive lovely notes from time to time saying how much it is enjoyed and we are really […] 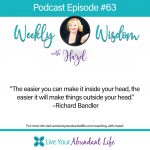 Do you ever have those days when you just want to crawl back into bed instead of getting up and taking action? Or how about wanting to escape to a deserted island and leave all the trappings of 21st century life behind especially the last year or so? The following tips are just a few […]

That someone was John F. Kennedy, President of the United States in 1961! He wanted men to land on the moon and then to arrive safely back on earth. On July 16, 1969 Neil Armstrong, Edwin “Buzz” Aldrin and Michael Collins were the three astronauts chosen to be on Apollo 11. On July 20, 1969, […] 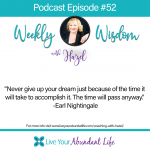 What did you learn during the last year?  I learned that you never know what the next day will bring and that being anxious and fearful about anything is really a waste of my time. There’s no time like the present. The present day, month or even the present moment. Even before the pandemic I […]